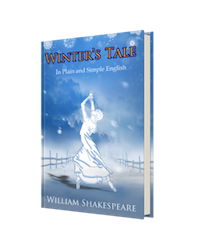 Magic, sexuality, death! The Winter's Tale has it all. It was the Days of our Lives of the Elizabethan era! Now if only you can understand it...

If you have struggled in the past reading Shakespeare, then BookCaps can help you out. This book is a modern translation of The Winter's Tale.

Purchase A Copy of THE WINTER'S TALE IN PLAIN AND SIMPLE ENGLISH Now!

Excerpt FROM THE WINTER'S TALE IN PLAIN AND SIMPLE ENGLISH

SCENE I. Antechamber in LEONTES' palace. Enter CAMILLO and ARCHIDAMUS

ARCHIDAMUS
If you shall chance, Camillo, to visit Bohemia, on the like occasion whereon my services are now on foot, you shall see, as I have said, great
difference betwixt our Bohemia and your Sicilia.

If you happen, Camillo, to visit Bohemia, on
the same sort of mission as I am undertaking, you will see, as I said, a great
difference between our Bohemia and your Sicily.

CAMILLO
I think, this coming summer, the King of Sicilia
means to pay Bohemia the visitation which he justly owes him.

I think, this coming summer, the King of Sicily
intends to make the return visit to Bohemia which he is due.

ARCHIDAMUS
Wherein our entertainment shall shame us; we will be justified in our loves; for indeed--

When he does our entertainment will embarrass us; we will make up for it with our love; for in fact–

ARCHIDAMUS
Verily, I speak it in the freedom of my knowledge: we cannot with such magnificence, in so rare--I know not what to say. We will give you sleepy drinks,
that your senses, unintelligent of our insufficience, may, though they cannot praise us, as little accuse
us.

Honestly, I know what I'm talking about:
we cannot compete with such magnificence, such rarities–I don't know what to say. We shall have to drug your drinks,
so that your senses, being unable to see our inadequacies, might, although they couldn't praise us, not criticise us.


CAMILLO
You pay a great deal too dear for what's given freely.

You're trying too hard for something we'd be delighted to give.

ARCHIDAMUS
Believe me, I speak as my understanding instructs me and as mine honesty puts it to utterance.

Believe me, I'm saying what I know,
in the manner which honesty compels me.

CAMILLO
Sicilia cannot show himself over-kind to Bohemia. They were trained together in their childhoods; and there rooted betwixt them then such an affection, which cannot choose but branch now. Since their more mature dignities and royal necessities made separation of their society, their encounters, though not personal, have been royally attorneyed with interchange of gifts, letters, loving
embassies; that they have seemed to be together, though absent, shook hands, as over a vast, and embraced, as it were, from the ends of opposed winds. The heavens continue their loves!

Sicily cannot treat Bohemia with enough kindness. They were educated together as children; and such affection grew up between them
that they are now inseparable. Since the responsibilities of adulthood and their royal duties forced them to live apart, their meetings,

though not personal, have been carried out by
substitutes, with a royal exchange of gifts, letters,
loving messages; so it seemed as though they were together, though apart; as if they shook hands over a great distance; and embraced, as it were, from far corners
of the earth. May the gods keep them so affectionate!

ARCHIDAMUS
I think there is not in the world either malice or matter to alter it. You have an unspeakable comfort of your young prince Mamillius: it is a gentleman of the greatest promise that ever came into my note.

I don't think that there is any evil or
subject in the world that could alter it. You are incredibly lucky to have your young Prince Mamillius:


he's got more promise than any gentleman who ever came to my attention.

CAMILLO
I very well agree with you in the hopes of him: it is a gallant child; one that indeed physics the subject, makes old hearts fresh: they that went on crutches ere he was born desire yet their life to see him a man.

I certainly agree with you about his potential: he is a gallant child; he's one who cheers the soul, livens up old hearts: people who were
already walking with sticks before he was born want to live long enough to

see him grow up to be a man.

Would they have been happy to die otherwise?

CAMILLO
Yes; if there were no other excuse why they should desire to live.

Yes; if there was no other reason for living.

ARCHIDAMUS
If the king had no son, they would desire to live on crutches till he had one.

If the king didn't have a son, they would want to live, sticks and all, until he had one.

SCENE II. A room of state in the same.

POLIXENES
Nine changes of the watery star hath been
The shepherd's note since we have left our throne Without a burthen: time as long again
Would be find up, my brother, with our thanks; And yet we should, for perpetuity,
Go hence in debt: and therefore, like a cipher, Yet standing in rich place, I multiply
With one 'We thank you' many thousands moe That go before it.

Nine months have passed since
I left my throne
empty: it would take as much time again, my brother, to thank you properly,
and I would still be in your debt
forever: so one ‘thank you’ must act
like a zero added to the end of a number, worthless in itself but multiplying all the thousands which went before it.

LEONTES
Stay your thanks a while; And pay them when you part.

Don't thank me yet;
do that when you leave.

POLIXENES
Sir, that's to-morrow.
I am question'd by my fears, of what may chance Or breed upon our absence; that may blow
No sneaping winds at home, to make us say 'This is put forth too truly:' besides, I have stay'd To tire your royalty.

Sir, I'm leaving tomorrow.
I am worried by thoughts of what might happen,
or be brewing, while I'm away; I hope
there are no ill winds blowing at home, that would make me say, "My fears were justified." Anyway, I've outstayed
your royal welcome. 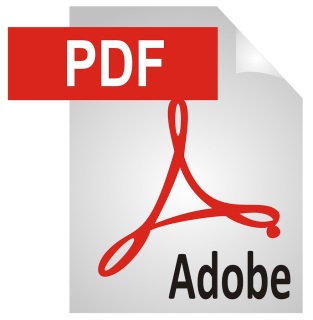